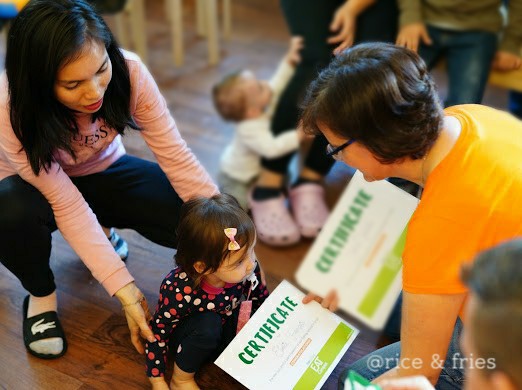 After the hospitalization in the MMC in Veldhoven, the Netherlands, Elodie’s 18 months old body was in survival mode, she ate and survived on very little food and she was failing to thrive, and severely underweight. The extreme hunger provocation that they did was detrimental for her health and immune system. As a result she got gastroenteritis and a throat infection, she lost all interest in food.

We could see her ribcage sticking out, count her vertebra, and she had sparse brittle hair. It was a daily reminder of her being malnourished. She had little energy and was moody all day. The 5 pieces of macaroni which she ate on her own during a meal were unbearable for us to live with. We wanted to prevent her from getting a tube, and were terribly worried.

The period before the hospitalization was dark, but this was even worse. The hospitalization didn’t do any good, and they discharged us stating that they couldn’t help us further. She lost 25% of her body weight. We needed help, something which could help all of us.

NoTube
After many hours of Google searches I found NoTube, in Graz, Austria, a non-profit organization with a focus on helping children to tube wean and teaching them to eat. They are the only interdisciplinary center for eating and feeding disorders who have been doing this for more than 30 years. They have an entire team of clinical and health psychologists, psychotherapists, physiotherapists, occupational therapists and paediatricians. Beside the eating campus they also offer netcoaching and other programs with over 94% success rate.

I joined multiple Facebook groups for parents of children with eating problems and I found families who had been to NoTube and read their experiences. Some were about tube weaning, food aversion, and children with muscle issues or other syndromes who can’t eat. They had good experiences and the child could read orally. This gave me a better insight and understanding about how NoTube worked.

This is what we were looking for, what we needed as well. The NoTube eating school option appealed to me, an intensive period with therapy for all members of the family in a safe and controlled environment. Also, they don’t starve your child, like what they did in the Netherlands. They provoke hunger in a sensible way which doesn’t harm your child. After the eating school we would receive a few months of 24/7 online aftercare. We weren’t just going to be left on our own again, we would still get help.

After hunger provocations and even starvation methods in the Netherlands we were wondering why this would work for Elodie. But the experiences from other parents and children were really good. So we wanted to know more.

Luckily there was a play picnic scheduled in the Netherlands only a few weeks later. So we applied immediately. We met Eva from NoTube and other parents who have children with eating problems, or who are tube fed. There were also 2 mums with their children who have been to NoTube in previous years, and their children were successfully treated. It was nice that they were there to answer questions other parents had.

At home I quickly reserved a spot for the next available eating school. We also did the NoTube assessment, so the team has a better idea of who Elodie is, and which therapy would suit her. It’s also a check tui make sure that your child is able to get treated health wise.

My husband was a bit sceptical before we came to the picnic. We have tried so many things in the Netherlands, ending in disappointment, PTSS and more. But after our talk with Eva he agreed that we should at least try this. If this therapy worked we could prevent a tube, and we didn’t want regrer not trying this. This was the best decision we could have ever made for Elodie. The NoTube team is fantastic.

Top-notch doctors
Dr. Scheer, and Dr. Dunitz-Scheer are one of the paediatricians from NoTube and one of the founders. They used to be head of the paediatricians department from the LKH University Hospital in Graz. This is a very big hospital with helicopter rescues. These people know what they are talking about, with more than 3 decades of experience in treating eating disorders and tube weaning. Their expertise and only goal is treating children with various eating disorders, by using the (by them developed) “Graz model of tube weaning”.

They didn’t judge, or blame us, instead we got valuable guidance and they empowered us. It’s the best decision we have made for our daughter as she is finally making progress.

Because NoTube works with so many international families they could also clearly explain the culture differences regarding parenting, and that there is no right or wrong. Thanks to our NoTube eating school journey and the 2 month aftercare, we were slowly gaining more confidence in ourselves. Learning to trust our instincts.

Parent blaming
Previously, advice and exercises we received from other child care providers in the Netherlands didn’t feel right to me/us, or feel right for Elodie. It would bring so much fighting and tension with ‘teaching’ her the right way (according to their play book). Eventually it caused a bigger food and eating aversion. In the Netherlands they have a one way fits all approach. As mentioned before, these methods may work for the majority of children. But it definitely didn’t work for us. I firmly believe in a child specific approach.

Panic attacks
Due to all the above, I would get triggered, resulting in panic attacks and hyperventilating when hearing some of their suggestions, because I knew it wouldn’t work. They were not listening to us. Another big part of the approaches were based on parent blaming, and everything that didn’t fit their tick in the box was ultimately wrong.

The panick attacks happened multiple times a day at home too. Especially before we had to feed her. Can you imagine? Sometimes that should be so normal suffocated me, and my husband told me he felt the same. We really needed proper help.

Other treatment options
In the Netherlands the other treatment options didn’t suit us. For instance, your child lives at an eating clinic 5 days a week and only comes home for the weekend. Or would go there every day, and needs to travel quite a lot by taxi. Besides that, this treatment could take months. Regarding bonding and my experiences as a child, and her age this was a no-go. Also, the waiting list is terribly long, it would take at least two years before you could get help. We couldn’t wait that long. On top of it all, the success rate was also much lower than NoTube’s 94% success rate.

Another option is to have a 4-week treatment where a hospital eating team sees Elodie half an hour a day. We were sure that this treatment would not help Elodie enough. A hospitalization of almost a month didn’t even work. Also, an eating disorder affects the entire family. You can’t only work on the child. We needed help as well.

Together with Elodie’s psychiatrist we decided that NoTube seemed like the best option. They were a bit sceptical at first, because the health insurance in the Netherlands almost never covers the NoTube treatment (NoTube is working on this with several consultants), and they didn’t know NoTube. In some other countries it is being covered by the health insurance. Our speech therapist knew of NoTube and had heard positive stories. This gave us more confidence as well.

Post treatment
Post eating school the child care agencies involved locally for Elodie (child psychiatrist, medical nurse, GP, speech therapist), had alignment meetings with the NoTube team. They were impressed by their work and our relationship with them. NoTube earned our trust and respect. This was clearly visible.

I think it also showed what good treatment does to people. This is something the teams and paediatricians from the hospital in the Netherlands didn’t do correctly, which as a result caused bumps in the road. Not to mention the trauma’s on top of what we were going through already.

At NoTube there was no parent blaming. They work with the entire family, and healed us as parents. The other families we have met at the EAT Campuses were very grateful they found NoTube, as all of our children made progress. Some more than the other (because it’s child led), but at least there was hope again. For many parents NoTube was their last resort. They regretted not coming earlier and were blaming their therapists or doctors for not advising NoTube.

Biased local therapists
As mentioned before, NoTube weans are overseen by an interdisciplinary team of professionals whose sole mission is teaching children to eat orally. A pediatrician, a psychologist and several OT/PT/ST’s, with whom you interact with several times a day during the wean or any other eating therapy. The therapy is entirely tailored to the child to make sure the child responds to it in the best possible way. This is the biggest difference I have seen compared to what we have been through.

They also do a medical review of each child to make sure they are safe to wean.

Many local therapists or pediatricians believe in what they do only, so that’s why they are telling parents that is what their child needs. No harm in that, but many NoTube parents found that they were very biased against something they had no experience with. Because after many years of struggling and ineffective treatments locally, NoTube finally helped their children learn to eat.

I can write a whole page about the positive effects NoTube has had on our family. Feel free to contact me if you have any questions.

Or schedule a free evaluation with NoTube. 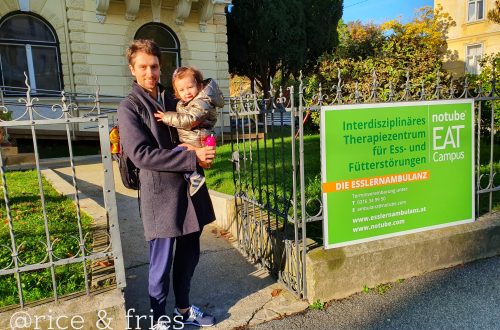 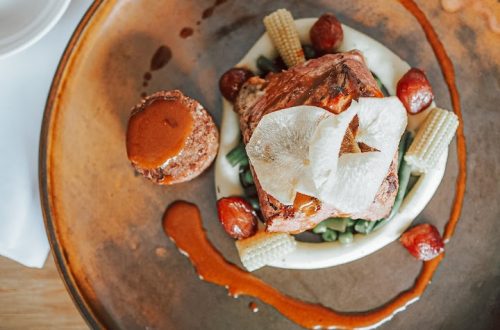 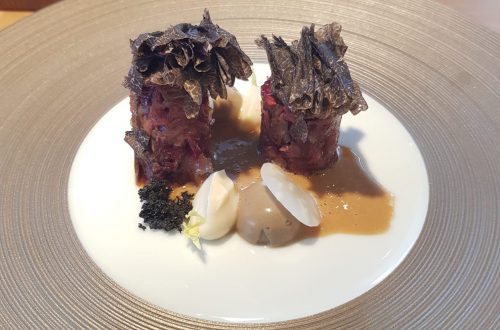