We stumbled upon El Gaucho im Landhaus in Graz, Austria on a Sunday. The day before our NoTube eating school would start. We loved it. I think we have been here at least 3 times during our stay in Graz.

A lot of restaurants and shops are closed here on Sunday.

The restaurant looks modern but cosy, and the personnel is very nice and welcoming. It was never a problem if we wanted to have our food very quickly because we were in the clock. If we ordered too much they would tell us, they didn’t know we wanted to take the leftovers home.

Great steaks
We have ordered the home-made Tagliolini porcini & black truffle, which was just delicious and a sizeable portion.
The personnel expected me to take the lady steak, but I always took the 350 grams because ever since my pregnancy 2 years ago I am still craving medium rare steak. We also tried several side dishes, like the soft shell crab and vegetables which were also very tasty.

Doggy bag
We normally ordered more than we could eat, so we could take home the left overs for a late night snack at the apartment. The personnel was always very honest to point out we ordered too much. They provided a doggy bag for the leftovers without problems.

Friendly staff
The staff was very sweet towards Elodie. They didn’t mind her walking around between our courses.

They had a wooden high chair for Elodie.
She liked to nibble on their bread and ate some pasta and vegetables.

Dinner at the bar
The last time we went there we booked too late and there weren’t any tables available in the restaurant. We accepted the offer to eat in their bar, because we really wanted to eat here again. With a toddler around it isn’t the best spot. The area isn’t as lit which makes it perfect for a drink and some food. Elodie was a bit left out because the high chair was too low. She wouldn’t be able to properly eat in this position. We let her sit on the couch for a bit, but we were a bit afraid that she would slide off and fall underneath the table. 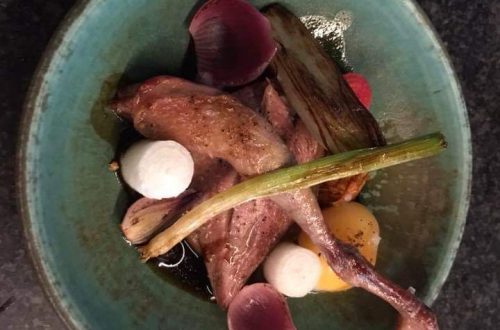 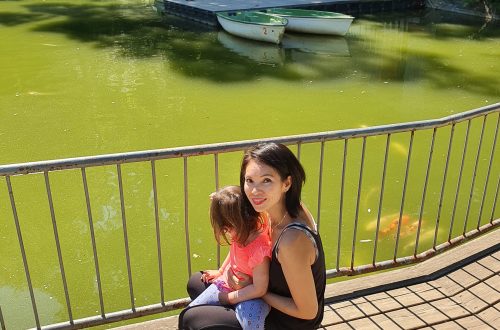